Sony Playstation Hockey League
NEW HERE???
Please Register with your PSN account name all other accounts will be deleted.
We do not allow registers using proxy servers. Please use your own IP. Final thing, please ensure your PSN trophies are visible to confirm your account is not NEW. to do this visit here http://psnprofiles.com/forums/topic/12212-trophies-are-missing-hidden-or-private-trophies-how-to-fix-it/
Sony Playstation Hockey League
Would you like to react to this message? Create an account in a few clicks or log in to continue.

» CHANGES TO SPNHL for Season 36

Poll
Who is online?
In total there is 1 user online :: 0 Registered, 0 Hidden and 1 Guest

You are not connected. Please login or register 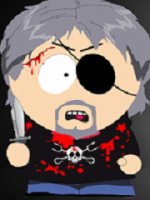 Game 7, the 2 best words in sports. Where everything is on the line, winner take all. Each team has a go to line, and I’ll be discussing what I think about each’s team current game 7 line. We have a long season ahead of us and who knows if we even get a game7 this season. But if we do, here’s what each teams’ game 7 line will be/what I think it will be if there are no trades throughout the season.

Carolina Hurricanes
Iam_mrbean – WillRolltide – ROLLaBACKWOODS
SliyumShady – CaptCanada_
RanchX41X
Shady decides to take the Carolina Hurricanes and hopes for a better outcome than last season. He takes his $10 million man in bean and hopes to build a roster that is prime for cup contention. If it every came down to a winner take all game, this team should be able to put up a fight. Bean is the two-time defending Hart Memorial winner, last season’s Maurice Richard winner and Art Ross trophy winner. There is no doubt that he will be the center of attention in any game 7. His line mates Will and Rolla are no slouches in their own right. Will has only played 25 games on forward, but he has 93 points in those 25 games, good enough for 3.7ppg. Rolla in 35 games has 100 points in his career as a forward. This forward line, if they gain chemistry throughout the season, will be a force to be reckoned with. Shady and CaptCanada are a paring that should be able to hold teams to just enough so their offence can do the heavy lifting. But don’t be surprised if these two figure it out during the season and start shutting teams out or keeping teams to 1 goal games. Ranch is the game 7 goaltender and is always a solid goaltender that rounds out this very well made team.

Detroit Red Wings
Reapz2313 – KIDMON3Y – LeCupidon
Uberpwned_6969 – ultimateGamer940
Wade-belak
The trio of reapz, kid and cupidon are back and they are ready to take another crack at the SPNHL cup. They are without a doubt the forward line with the biggest advantage going into the season. Already playing so many games together as a unit, these three will give opposing teams hell in any game and especially in a winner take all game 7. The question marks come in the back three. The forward unit will be able to put up goals, but will uber, gamer and belak be able to keep the puck out of their net. Uber is a +265 as a defender with a 1.1 points per game and will be able to anchor the backend. Gamer has put up good career stats as a defender, in 67 games played is a +66 and over 3 hits per game. He doesn’t get many points which should match well with uber and let him take over a little more offensively. Belak is the huge question though for this lineup, with a .721 save percentage and 3.92 goals against average. Whether it’s the team that’s been put out in front of him or his skills himself is an answer we’ll soon find out.


Montreal Canadiens
Grammyhands – Gucci__Gui – N-3-3-P-0-S-H
Notorious250 – Predator2477
Ciulla19
Headline by Grammyhands and Gucci_gui, these two look to be the dynamic duo for Montreal to lean on in big games, and especially in game 7s. Grammy has a 3 ppg average in SPNHL while Gucci_Gui has a 3.1 ppg. These two will need to be the front runners of the offence and will attract all the attention. N33P0SH however has a 2.4 ppg and can be an x-factor for the offence in any game 7, and should not be forgotten about. Notorious is a great defender and in my opinion a Norris candidate right off the bat. Predator is unproven in SP and will be looking to make a name for himself. Ciulla has hot streaks and cold streaks, but when he’s hot, he can just straight up steal games and could very well be the reason why Montreal would win a game 7.


Nashville Predators
Alanscanucks – Tmills71 – xComix9/C_Martzy02/ItsJust-Fox-_-
KriXxix- – ProdigyToLegend/teamrun
Cgiroux11
ProdigyToLegend takes over the Nashville Predators and hopes to do a better job than the last regime. He takes an entire rookie line on his forward line into a game 7. A very bold move, but, two of his rookies were top 5 picks in the draft. Mills has lit it up in any league he has been in and hopes to add SPNHL to his resume. Alanscanucks is a little less known, but when he does play, he has been dominant. xComix9, Fox and C_Martzy02 are 3 guys looking to prove themselves throughout the season for the right to play in a game 7. Krix is a +73 in 73 games on defense with 71 points, so he has been consistent in his career so far. Prod makes the move back to defense, which he has only done so once in his career in SP. 20 games, 15 points and a +36 is too small of a sample size, but, we all know he can add an offensive touch to his team if he decides to be aggressive. Teamrun is a solid defender who will be battling both these two for the right to play in a game 7. Prod will be running the hot hand formula with his defenders, who ever is playing well get’s game 7. Former Vezina winner cgiroux is between the pipe and hopes to get back to his Vezina winning ways, but more importantly, hoping to add a Stanley Cup to his resume.


New Jersey Devils
TrueLegend07 – Fluri37 – Ntyrrell14/KEEBAWDIZE
Eggman—1 – SukMyChinesePeen
Chadkillz134
New Jersey’s game 7 lineup is highlighted by GM TrueLegend and his re-sign choice, chadkillz134. With the last pick in every round, TrueLegend was able to draft a very solid team, but what this team lacks in a game 7 lineup is two guys who can change the game them selves on offence. That’s where Ntyrrell and KEEBAWDIZE come in. Both rookies are looking to make a huge impact in the regular season in order to have the right to be in the game 7 lineup if ever needed. Eggman is a solid defender that TrueLegend can trustback there with multiple cups to his resume. SukMyChinesePeen, the ultimate utility guy slots in at RD according to true who is always a viable option for any position. The guy who brings this all together though is chadkillz, the goaltender who can and who has stolen cups in other leagues already and when it all comes down to 1 game, chad shines. Truelegend is at a 3 point per game pace in his career and will try his best to help his team score 2 or 3 goals and let chad do what he does.


Pittsburgh Penguins
PistolPete7788_ – Visibility12 – Lo_Maximus
RoyalKc85 – FreezeMothaSuka
ItsTheSilkyBrit
PistolPete is the eye catcher to me on this game 7 forward line. With a 2.5 ppg, he is a pure goal scorer. He knows how to put the puck in the net, and that is what the Penguins will need him to do. Lo_Maximus is also a 2.5 ppg and will provide some help for pete to get the offence going. Visibility is a solid two way center and will put this line together with his defensive capabilities. Royalkc is a great defender and one of the better ones in the league while Freeze can add an offensive touch while still staying responsible offensively. SilkyBrit the rookie will be hoping to make a mark this season and be ready for any game 7 opportunity.


Toronto Maple Leafs
X_beaster_x – Diirty_triix_13 – zDoMiNuS-SaGe__
Exe-_-53 – FunkMeGently
SA_Pliskin
The Toronto Maple Leafs under exe are going into the season with a lot of question marks and a lot of things to prove. Can they do it? Well, we’ll see. Their game 7 lineup is headlined by Trix. Trix has 870 games played in SP on forward and has 2234 points,2.6 ppg. This guy has been consistent in this league season in and season out. On his wing is beaster and Dom. Beaster has a 2.1 ppg in 522 games played and will be a good support player and possibly be the x factor in a game 7. Dom has a 2 ppg in 162 games played. This forward line will need to rely on trix to put up some points and then play some defense to win a game 7. Exe and funk are unproven on the backend in SPNHL and are hoping to shut down some solid lines going up against them. And plisk, well, he’s trash. But he does have a cup as a backup to ciulla back on Vegas, but he took over halfway through the run. He does have a .778 save percentage and 3.32 goals against average. So not bad I guess for him.
(Pliskin edit: nIn (O.O) nIn )


Vegas Golden Knights
Jmm420 – hypey – agedembryo
Shepard – Nowyodead
sINGLE—g6_
Honestly, I just took a guess at what the game 7 lineup is here. Most of the tiebreakers I just went by salary, I won’t lie. Anyways, with what we got, jmm – hypey – aged is an average to above average game 7 forward line. We have already seen much better game7 forward lines, but, these guys should be able to put up some points. Jmm is a 2.4 ppg, hypey is a 2.6 ppg and agedembryo is a 2.2 ppg. Not flashy numbers by any means, but good enough to get the job done if they’re all on the same page. Team defense will be key for this team. I’ve played with Nowyodead before and he is a very solid defender who can shut down the right side of the ice at his best. Shepard is a +72 on defense in his career and has shown he knows how to win when he slides to defense. G6 has a.784 save percentage and a 3.5 goals against average which is average goaltender stats. Ultimately, this team will need to gain a lot of chemistry throughout the season and rely on team play in order to win games. But, I have seen more unproven lineups win the cup before.
_________________
SPNHL President and CEO.
Jack Adams Award Winner.
King Clancy Memorial Award Winner.
William M. Jennings Award Winner. x2
Maurice Richard Award Winner.
Art Ross Award Winner.
Lady Bing Award Winner.

» This game sure can be adamant about wanting players to take certain weapons
» Luck O' the Bearish Instant Win Game
» The wish game
» Outcry. The shimmering game
» What Would You Like In A New Tex Murphy Game?